Too Much Thinking May Harm Your Workout 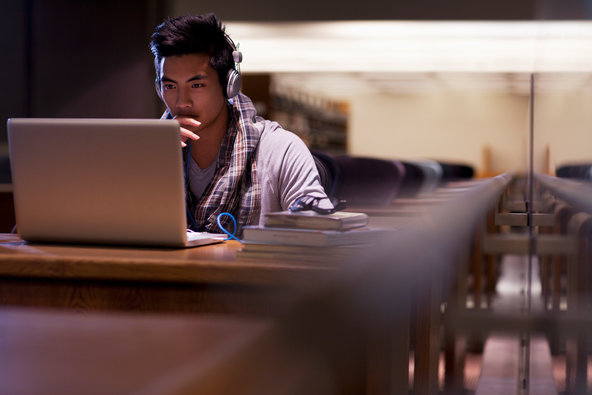 Tire your brain and your body may follow, a remarkable new study of mental fatigue finds. Strenuous mental exertion may lessen endurance and lead to shortened workouts, even if, in strict physiological terms, your body still has plenty of energy reserves.

Scientists have long been intrigued by the idea that physical exertion affects our ability to think, with most studies finding that short bouts of exercise typically improve cognition. Prolonged and exhausting physical exercise, on the other hand, may leave practitioners too worn out to think clearly, at least for a short period of time.

But the inverse possibility — that too much thinking might impair physical performance — has received far less attention. So scientists from the University of Kent in England and the French Institute of Health and Medical Research, known as INSERM, joined forces to investigate the matter. For a study published online in May in Medicine & Science in Sports & Exercise, they decided to tire volunteers’ brains with a mentally demanding computer word game and see how well their bodies would perform afterward.

Fatigue is a complex, multifaceted condition. Exercise science usually concentrates on bodily fatigue, meaning a reduction in our ability to contract muscles and stay in motion. Run, cycle, lift weights or just stand, and a small army of muscles contract, burning fuel and eventually tiring. This fatigue occurs both within the individual muscles and at the level of the nervous system, a condition known as central fatigue.

Our minds tire, too, although the causes are difficult to pin down. Neurons may run low of fuel, and other processes probably also are involved. But it is clear, as many of us know from personal experience, that concentrating intensively on an intellectually demanding project for hours typically leaves you feeling mentally dull.

To determine the impact that such mental fatigue might have on subsequent exercise, the researchers first asked 10 healthy, active young men to visit an exercise lab on several occasions. During each visit, the men began by having monitors and an electrode attached to one leg and then vigorously contracting their leg muscles, while the electrode zapped a small amount of electricity into the muscles, augmenting their effort so that they reached their maximum contractile force at that moment. Tired muscles would be expected to produce less force and respond more feebly to the electrical zapping, telling scientists to what degree the body has developed both localized and central fatigue.

Then, during one session, the men sat for 90 minutes before a computer screen, intently watching individual letters flash by while they counted every four and punched various keys, depending on how each grouping of the letters was configured. This test is known reliably to induce mental fatigue.

During a separate lab visit, the men watched “Earth,” a serene, calming documentary, for 90 minutes.
After both intellectual activities, the men exercised one of their legs at a specialized one-legged ergometer to the point of muscular exhaustion, while frequently telling the researchers how strenuous the exercise felt.
Then they underwent the test of actual maximum contractile force one more time.

As it turned out, mental fatigue significantly affected the men’s endurance. They tired about 13 percent faster after the computer test than after watching “Earth.” They also reported that the workout felt far more taxing.
But, interestingly, their maximum contractile force was about the same after each session. Their muscles responded just as robustly to orders from the brain and the attached electrode after the draining mental workout as after the quiet session, even though the brain-fogged volunteers felt as if their muscles were much more exhausted.

This finding suggests “that maximal force production is not altered by mental fatigue but endurance performance is altered, and this alteration is closely linked with a higher feeling of perceived exertion,” said Romuald Lepers, a professor at the INSERM research laboratory at the University of Burgundy in France and, with Samuele M. Marcora and Benjamin Pageaux of the University of Kent, co-author of the study.
In simpler terms, exercise simply feels harder when your brain is tired, so you quit earlier, although objectively, your muscles are still somewhat fresh.

This finding has multiple implications for how we combine ratiocination and sweat. It suggests, for instance, that the morning of an important race or challenging training session may not be the ideal time to finish your taxes, since overthinking could lead to underperforming physically.

Inversely, the results also suggest that “training our brain to avoid or limit mental fatigue” could be a hitherto untapped means of improving physical performance, Dr. Lepers said. Training yourself to speed through crossword puzzles, in other words, might improve your workouts, by subtly altering how mind and muscles communicate and making your brain less likely to consider your muscles easily enfeebled.

But that possibility hasn’t been tested, Dr. Lepers said. For now, his study’s most compelling conclusion is that, as he says, “our feelings do not always reflect our physiological state” and our bodies may in many instances be sturdier than own minds realize, an idea worth thinking about.

Reblogged from the New York Times

Email ThisBlogThis!Share to TwitterShare to FacebookShare to Pinterest
Labels: exercise, Health and Wellness