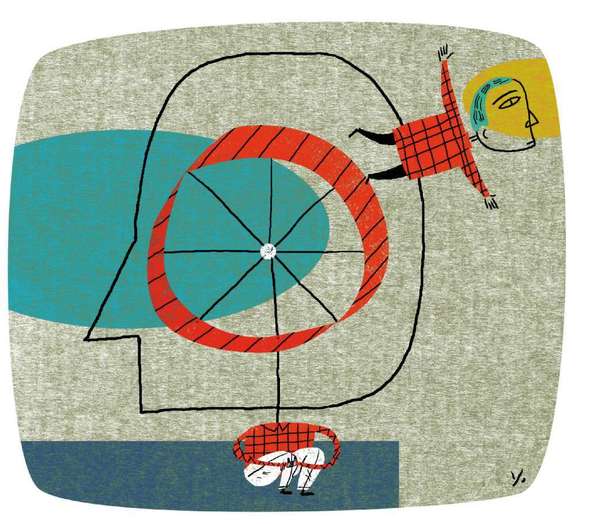 In up-all-night, work-work-work America, a prescription medication like modafinil was sure to make major inroads from the get-go.

And, whether you call this novel stay-awake drug by its commercial names -- Provigil and Nuvigil -- or by its plain-Jane chemical name, modafinil use is booming, spurred largely by "off-label" applications, says a new study.

In a first look at modafinil's ascendance on the American pharmaceutical landscape, a group of researchers has shown that use of modafinil grew almost ten-fold between 2002 and 2009, with the steepest rise in uses not approved by the Food and Drug Administration.

Those findings, published in the journal JAMA Internal Medicine recently, were summarized by a group of researchers led by UC San Francisco sleep medicine specialist Dr. Theodore A. Omachi.

Omachi's group found that over the years studied almost 90% of patients who were prescribed the medication did not have a diagnosis for which modafinil is an FDA-approved treatment. Patients with depression accounted for 18% of prescriptions; those with multiple sclerosis accounted for 12%.

Modafinil is also widely seen as a cognitive enhancement drug that helps patients do what must be done, without the jitters, sleeplessness and addiction potential of stimulant medications widely prescribed for attention deficit and hyperactivity disorder.

Despite its price (a 30-day prescription can cost between $450 and $700), modafinil has built a following among ambitious workaholics. On the Bulletproof Executive blog, self-described Silicon Valley entrepreneur and computer security expert Dave Asprey discusses his use of modafinil to boost alertness after marathon sessions of work and travel. While Asprey touts the benefits of healthy diet and exercise too, he nevertheless defends modafinil as a cognitive enhancement agent not unlike coffee.

In 1998, the FDA approved modafinil for the first time, for narcolepsy patients, and in 2003, expanded the uses for which it could be marketed to patients with daytime sleepiness resulting from obstructive sleep apnea or shift-work sleep disorder.

It's not illegal for physicians to prescribe drugs for uses that are not FDA-approved, and the practice is widespread in medical practice. Physicians are expected to use their judgment and scientific knowledge (gleaned from people other than drug-company representatives) to recommend certain drugs to their patients who do not fit the FDA profiles.

It is, however, illegal for drug manufacturers to market the use of the drugs they make for any purposes other than those for which the FDA has judged a medication's safety and efficacy profile to be acceptable.

But even a company that gets caught breaking that law may, in the end, benefit. In 2008, Cephalon, which developed and manufactures modafinil, paid $425 million to settle charges that it promoted off-label uses for modafinil and two other drugs.

Those alleged prohibited promotions may have helped spur the fifteen-fold growth of modafinil prescriptions for off-label uses seen by Omachi and his team. In the same period, prescriptions for patients with diagnoses of narcolepsy, shift-work sleep disorder and sleep apnea grew only threefold. And, one of the steepest jumps Omachi's team saw occurred between 2008 and 2009, after the September 2008 settlement which should have brought a halt to any active off-label promotion.

For some of those taking modafinil off-label, Omachi warns that safety could be a concern. The clinical trials that led the FDA to approve modafinil specifically excluded potential subjects who were taking antidepressants. The drug's label warns that some patients may have undesired reactions if they take modafinil along with diazepams (such as Xanax or Ativan) or antidepressants.

If some of the fastest growth in modefinil use is among those with depression, then potentially harmful drug interactions are likely, and should prompt FDA review, the researchers suggested. "This raises concerns about the potential for adverse events and indicates the need for further study of unapproved indications," the group wrote.

By Melissa Healy
Posted by Unknown at 7:30 AM