How to Die - NYTimes.com 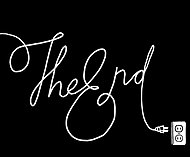 ONE morning last month, Anthony Gilbey awakened from anesthesia in a hospital in the east of England. At his bedside were his daughter and an attending physician.


The surgery had been unsuccessful, the doctor informed him. There was nothing more that could be done.

“So I’m dying?” the patient asked.

The doctor hesitated. “Yes,” he said.

“On the other side, there’ll be loads,” his daughter — my wife — promised.

The patient laughed. “Yes,” he said. He was dead six days later, a few months shy of his 80th birthday.

When they told my father-in-law the hospital had done all it could, that was not, in the strictest sense, true. There was nothing the doctors could do about the large, inoperable tumor colonizing his insides. But they could have maintained his failing kidneys by putting him on dialysis. They could have continued pumping insulin to control his diabetes. He wore a pacemaker that kept his heart beating regardless of what else was happening to him, so with aggressive treatment they could — and many hospitals would — have sustained a kind of life for a while.

But the hospital that treated him offers a protocol called the Liverpool Care Pathway for the Dying Patient, which was conceived in the 90s at a Liverpool cancer facility as a more humane alternative to the frantic end-of-life assault of desperate measures. “The Hippocratic oath just drives clinicians toward constantly treating the patient, right until the moment they die,” said Sir Thomas Hughes-Hallett, who was until recently the chief executive of the center where the protocol was designed. English doctors, he said, tell a joke about this imperative: “Why in Ireland do they put screws in coffins? To keep the doctors out.”

The Liverpool Pathway brings many of the practices of hospice care into a hospital setting, where it can reach many more patients approaching death. “It’s not about hastening death,” Sir Thomas told me. “It’s about recognizing that someone is dying, and giving them choices. Do you want an oxygen mask over your face? Or would you like to kiss your wife?”

Anthony Gilbey’s doctors concluded that it was pointless to prolong a life that was very near the end, and that had been increasingly consumed by pain, immobility, incontinence, depression and creeping dementia. The patient and his family concurred.

And so the hospital unplugged his insulin and antibiotics, disconnected his intravenous nourishment and hydration, leaving only a drip to keep pain and nausea at bay. The earlier bustle of oxygen masks and thermometers and blood-pressure sleeves and pulse-taking ceased. Nurses wheeled him away from the wheezing, beeping machinery of intensive care to a quiet room to await his move to “the other side.”

Here in the United States, nothing bedevils our discussion of health care like the question of when and how to withhold it. The Liverpool Pathway or variations of it are now standard in most British hospitals and in several other countries — but not ours. When I asked one American end-of-life specialist what chance he saw that something of the kind could be replicated here, the answer was immediate: “Zero.” There is an obvious reason for that, and a less obvious reason.

The obvious reason, of course, is that advocates of such programs have been demonized. They have been criticized by the Catholic Church in the name of “life,” and vilified by Sarah Palin and Michele Bachmann in the pursuit of cheap political gain. “Anything that looks like an official protocol, or guideline — you’re going to get death-paneled,” said Dr. Ezekiel Emanuel, the bioethicist and expert on end-of-life care who has been a target of the rabble-rousers. (He is also a contributing opinion writer for The Times.) Humane end-of-life practices have quietly found their way into cancer treatment, but other specialties lag behind.

The British advocates of the Liverpool approach have endured similar attacks, mainly from “pro-life” lobbyists who portray it as a back-door form of euthanasia. (They also get it from euthanasia advocates who say it isn’t euthanasia-like enough.) Surveys of families that use this protocol report overwhelming satisfaction, but inevitably in a field that touches families at their most emotionally raw, and that requires trained coordination of several medical disciplines, nursing and family counseling, the end is not always as smooth as my father-in-law’s.

The less obvious problem, I suspect, is that those who favor such programs in this country often frame it as a cost issue. Their starting point is the arresting fact that a quarter or more of Medicare costs are incurred in the last year of life, which suggests that we are squandering a fortune to buy a few weeks or months of a life spent hooked to machinery and consumed by fear and discomfort. That last year of life offers a tempting target if we want to contain costs and assure that Medicare and Medicaid exist for future generations.

No doubt, we have a crying need to contain health care costs. We pay more than many other developed countries for comparable or inferior health care, and the total bill consumes a growing share of our national wealth. The Affordable Care Act — Obamacare — makes a start by establishing a board to identify savings in Medicare, by emphasizing preventive care, and by financing pilot programs to pay doctors for achieving outcomes rather than performing procedures. But it is barely a start. Common sense suggests that if officials were not afraid of being “death-paneled,” we could save some money by withholding care when, rather than saving a life, it serves only to prolong misery for a little while.

But I’m beginning to think that is both questionable economics and bad politics.

For one thing, whatever your common sense tells you, there is little evidence so far that these guidelines do save money. Emanuel has studied the fairly sketchy research and concluded that, with the possible exception of hospice care for cancer patients, measures to eliminate futile care in dying patients have not proved to be significant cost-savers. That seems to be partly because the programs kick in so late, and partly because good palliative care is not free.

Even if it turns out that programs like the Liverpool Pathway save big money, promoting end-of-life care on fiscal grounds just plays into fears that the medical-industrial complex is rushing our loved ones to the morgue to save on doctors and hospital beds.

When I asked British specialists whether the Liverpool protocol cut costs, they insisted they had never asked the question — and never would.

“I don’t think we would dare,” said Sir Thomas. “There was some very nasty press here in this country this year about the Pathway, saying it was a way of killing people quickly to free up hospital beds. The moment you go into that argument, you might threaten the whole program.”

In America, nothing happens without a cost-benefit analysis. But the case for a less excruciating death can stand on a more neutral, less disturbing foundation, namely that it is simply a kinder way of death.
“There are lots of reasons to believe you could save money,” said Emanuel. “I just think we can’t do it for the reason of saving money.”

During Anthony Gilbey’s six days of dying he floated in and out of awareness on a cloud of morphine. Unfettered by tubes and unpestered by hovering medics, he reminisced and made some amends, exchanged jokes and assurances of love with his family, received Catholic rites and managed to swallow a communion host that was probably his last meal. Then he fell into a coma. He died gently, loved and knowing it, dignified and ready.

“I have fought death for so long,” he told my wife near the end. “It is such a relief to give up.”
We should all die so well.

A version of this op-ed appeared in print on October 8, 2012, on page A23 of the New York edition with the headline: How to Die.